The Four Men and Feasting 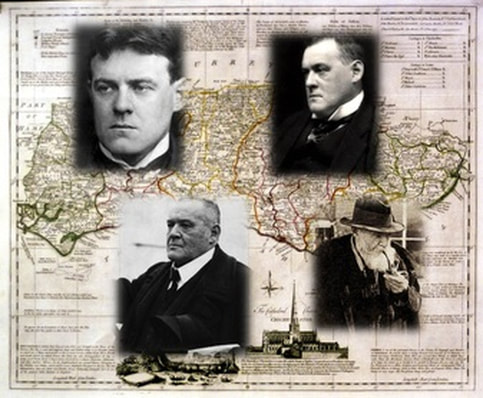 By the time you read this it may already be November, but it is still not too late. “Not too late for what?” Glad you asked.

In 1911 Hilaire Belloc wrote a novel, The Four Men, which was loosely based on a walk he took across Sussex in 1902. The book is about four men traversing Sussex. None of the four has an actual name, but are called Grizzlebeard, the Poet, and the Sailor; and the story is narrated by Myself. Each of these characters is generally seen as an aspect of Belloc’s own personality. In other words, all are him.

Humorous, thought-provoking, evoking friendship, tradition, good beer and song, and recovering, "while they yet could be recovered, the principal joys of the soul," The Four Men is one of Belloc’s most delightful literary works, right up there with The Path to Rome and The Battleground.

On the last night of their journey, November 1, the men, knowing they were to part company the next day, determined to hold a feast, “An ancient custom, and one well approved by time.” ​

So, late October or early November is when fans of Belloc and this book hold our own feasts, dubbed Four Men Feasts. The feast is simple: it’s men only (sorry ladies, but it is The Four MEN), and as for food, we eat and drink what they ate and drank in the book: "It is determined that we make a feast, and I say for my part that there must be in this feast bacon and eggs fried together in one pan, and making a great commonalty in one dish."

​Also served are bread, butter, and cheese. But not just any cheese. "In colour it is yellow, which is the right colour of Cheese. It is neither young nor old. Its taste is that of Cheese, and nothing more. A man may live upon it all the days of his life." 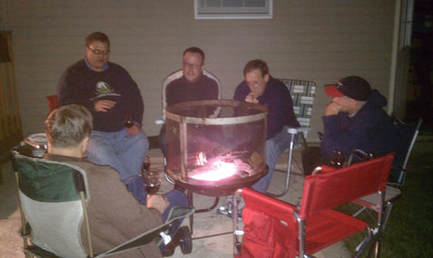 Oh, “And the drink shall be beer.”

Bellies full, we recite Belloc’s poetry, sing his songs, and read from his books—especially The Four Men, of course. Afterward, we repair to the outside for port and tobacco.

A Four Men Feast requires very little effort, and yet the rewards are immeasurable. I urge you all, if you would recover the principal joys of your souls, to bang your hand on the table, and declare out loud, "I will go from this place to my home!" and have a Four Men Feast.
Back to "About" Overview